Marina Marković is the artist who explores both personal and social, ideological aspects of eating disorders: “subjects” of her work are the phenomena of anorexia and bulimia. In her earlier works, the artist utilized her own body to artistically document the process of healing from anorexia, where, according to her own words, she treated the body as a “sculptural material”. In her latest works, including the video performance “Chewing and Spitting”, the artist explores pathological behaviors related to food consuming: from the real disorders, in the clinical sense of the word (female participants suffering from anorexia and bulimia), and healed or partly healed personal fascination/phobias related to food (the artist chews and spits out food), to the habitual rituals and everyday “pathologies” of the healthy participants of the performance. The subject of her latest work is a disorder known as “chewing and spitting”, where a person chews food, but never swallows it; the author approaches this phenomena as a condition related to the process of emotional absorption, believing that eating disorders are emotionally conditioned in their essence. It is a recent phenomenon, different from the well-known conditions, such as bulimia and anorexia, since the person craves satisfaction, that is, the sensory stimulation of the palate, simultaneously being freed from the “guilt” induced by calories’ intake. Ms. Marković connects this phenomenon with the modern society of global consumption, which insists on hedonism and satisfaction of consummation urges (for food and other commodities), while simultaneously imposing a media construct of the “ideal body”. In this way, MM navigates a thin margin between her individual, personal relationship to food which is treated in the context of the emotional tension created by fetish/abject and satisfaction/fear relationships, and eating disorders as socially and ideologically conditioned behaviors in the context of modern society characterized by a spectacular and ruthless consummation of goods.

excerpt from the text “Chewing and Spitting” by Marija Ratkovic 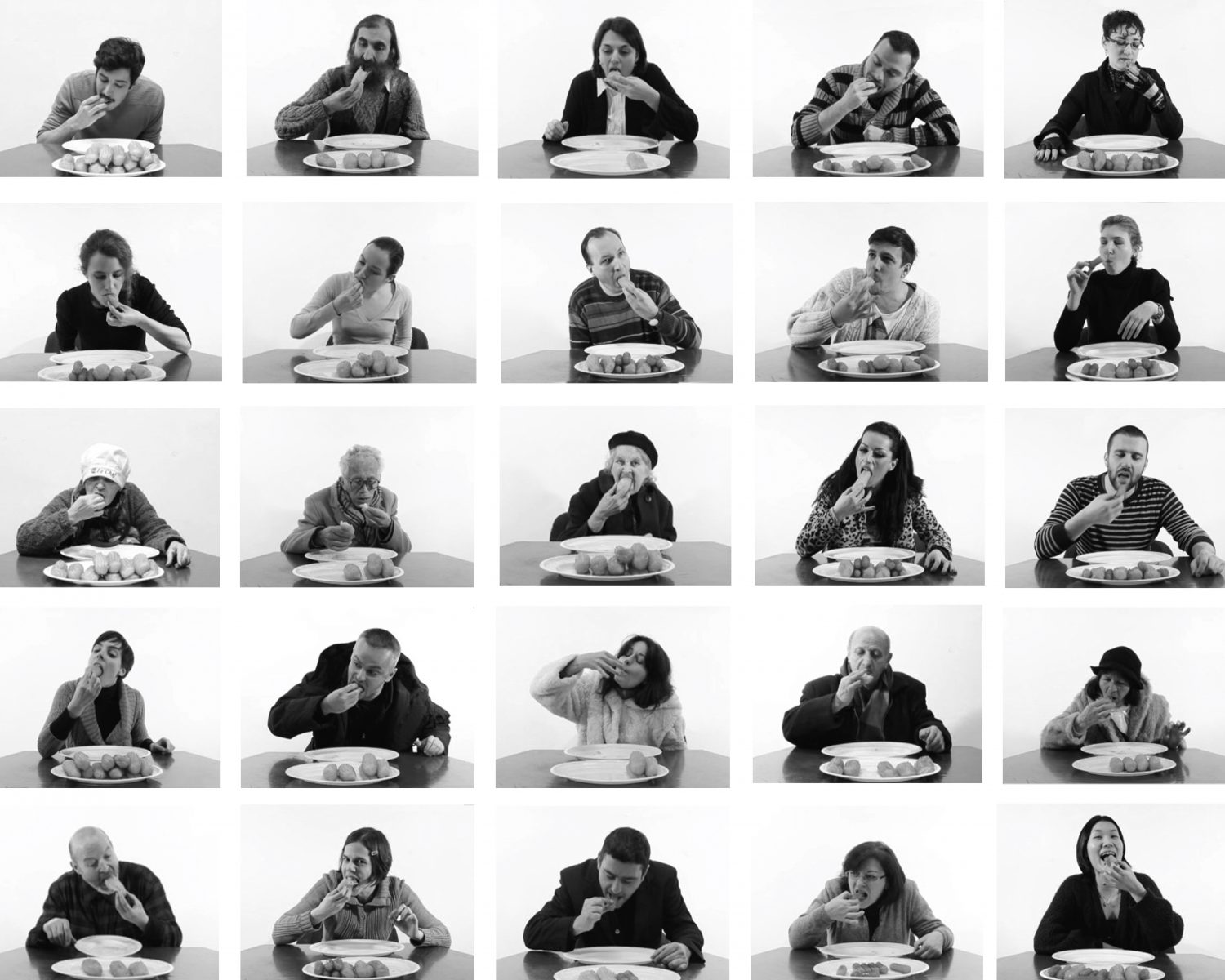 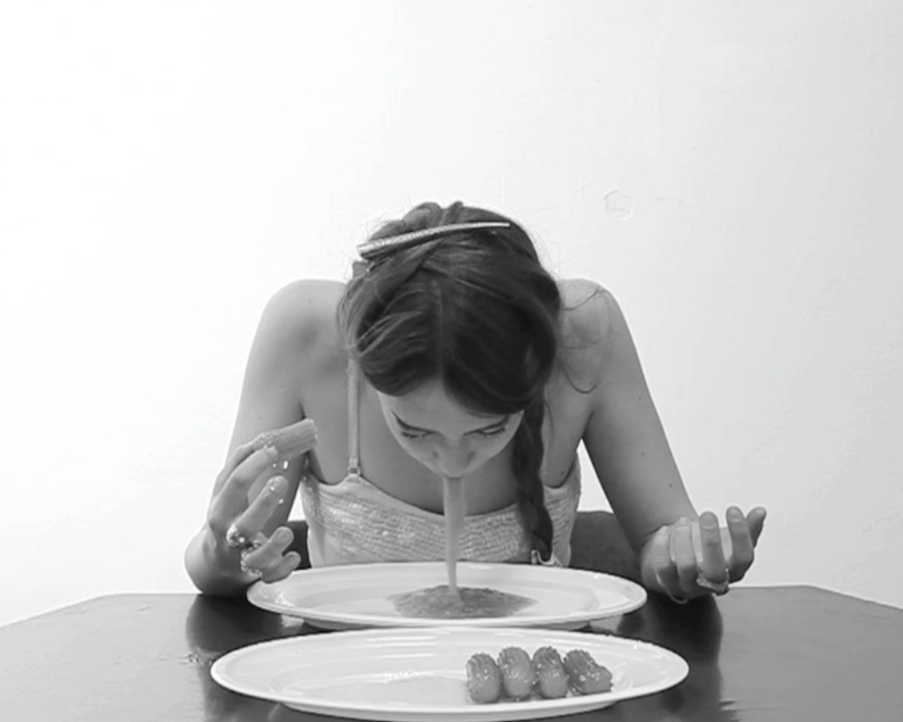